"Its what I do" Allen says about him being a shooter 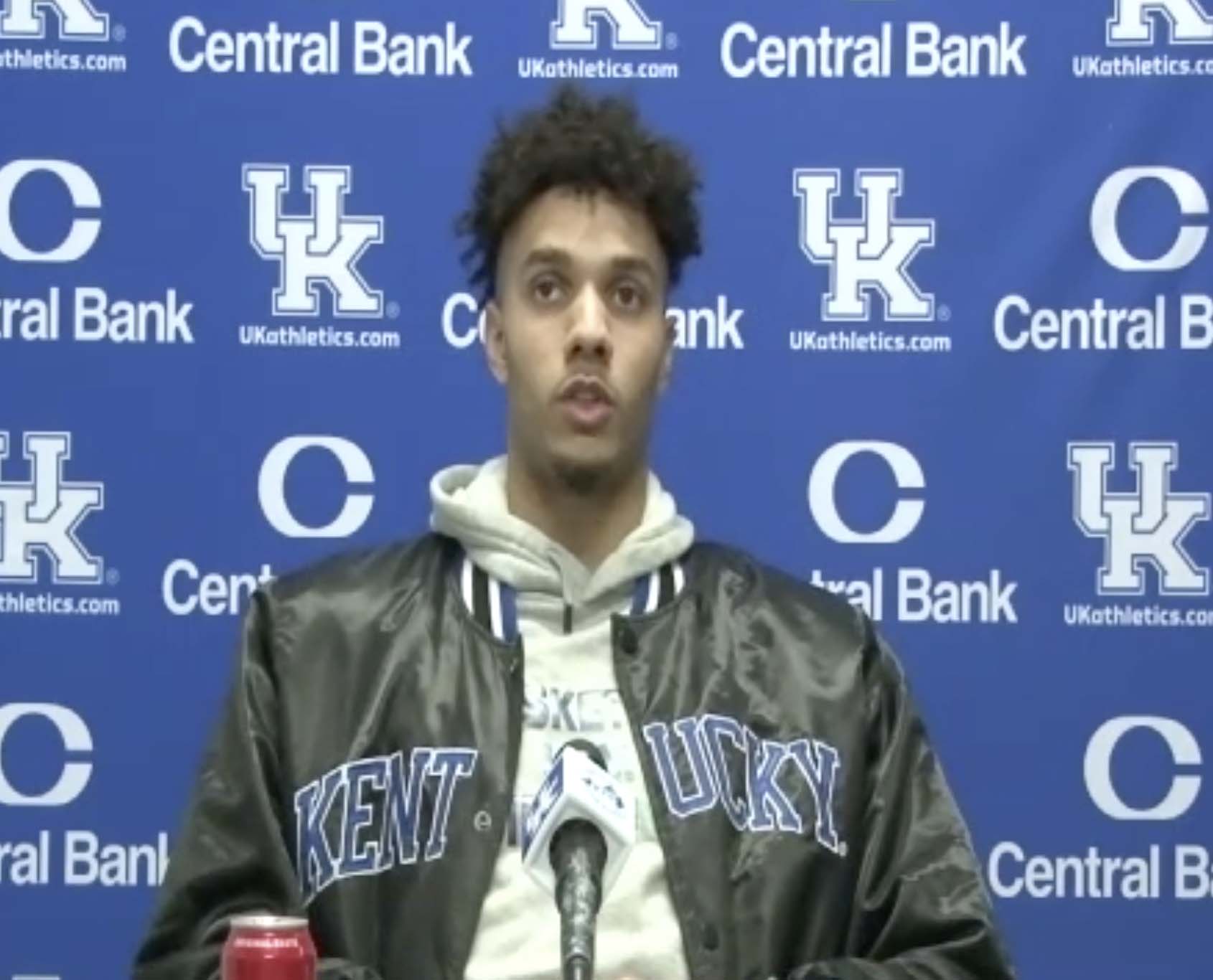 The rest of Kentucky has heard about what Pendleton County knew. Now, they are getting to see that not only is Dontaie Allen a phenomenal scorer and dangerous shooter, but he is also a humble, young man that seems to have the perfect answer to each question.

Facing the assembled Zoom hordes of Kentucky sports writers, Allen spoke about his shooting, defenses he faces, Coach Cal toughness on players and even the events at the U.S. Capitol on Wednesday.

Pointing out that he faced triple teams in high school, the defenses he is seeing now is not much different.

"Against Vandy it was more of a face guard. I'm going to have to do things to get open." Later he added, "In high school I was being triple teamed. It's not much different but on a different level. I'm just going to have to work harder."

When asked about his performance at Mississippi State and how hot was he, he answered with a chuckle, "I am a shooter. I would say I was hot but I definitely have had games like that in the past. Shooting is what I do."

On Keion Brooks being medically cleared.

"He has gotten bigger and stronger and has become a leader for us. He is going to be a great piece added."

On the criticism Coach Cal had about Allen's defense in the Vanderbilt game.

"He talked about things that were game planning. I knew I had to do those things. I just had some breakdowns. I definitely agree with him."

When Jerry Tipton brought up the fans booing B. J. Boston in the Vanderbilt game at Rupp Arena, Allen quickly jumped to his teammates defense.

"I don't like that. That's my teammate, that's my brother. At the end of the day, I am always going to have his back."

Allen added that Boston will soon be playing well and BBN will be cheering for him then.

One question focused on whether Cal is harder on players from Kentucky.

"I think he is hard on everybody. He wants everyone to be great. In practice, he tells me things like shoot the ball. I am second guessing into a shot fake or pull up and he'll be like shoot the first one cause he feels like I am open."

In a follow up, Allen answered, "It depends how you take it and how coachable you are. That's going to depend how much you think you are getting coached hard. If you are not coachable, obviously you are going to take it hard."

As far as the incident in the Capitol, Allen said he had seen a little bit on social media but had not read into it to be able to make a statement on it.

He summed up his focus on a question about his shooting, "I am going to do anything to help my team win to be honest."

Allen and his Wildcat teammates travel to Gainesville at 5 p.m. on Saturday to play the Gators. The game will be on ESPN.