Basketball with a Pendleton touch goes 3-0 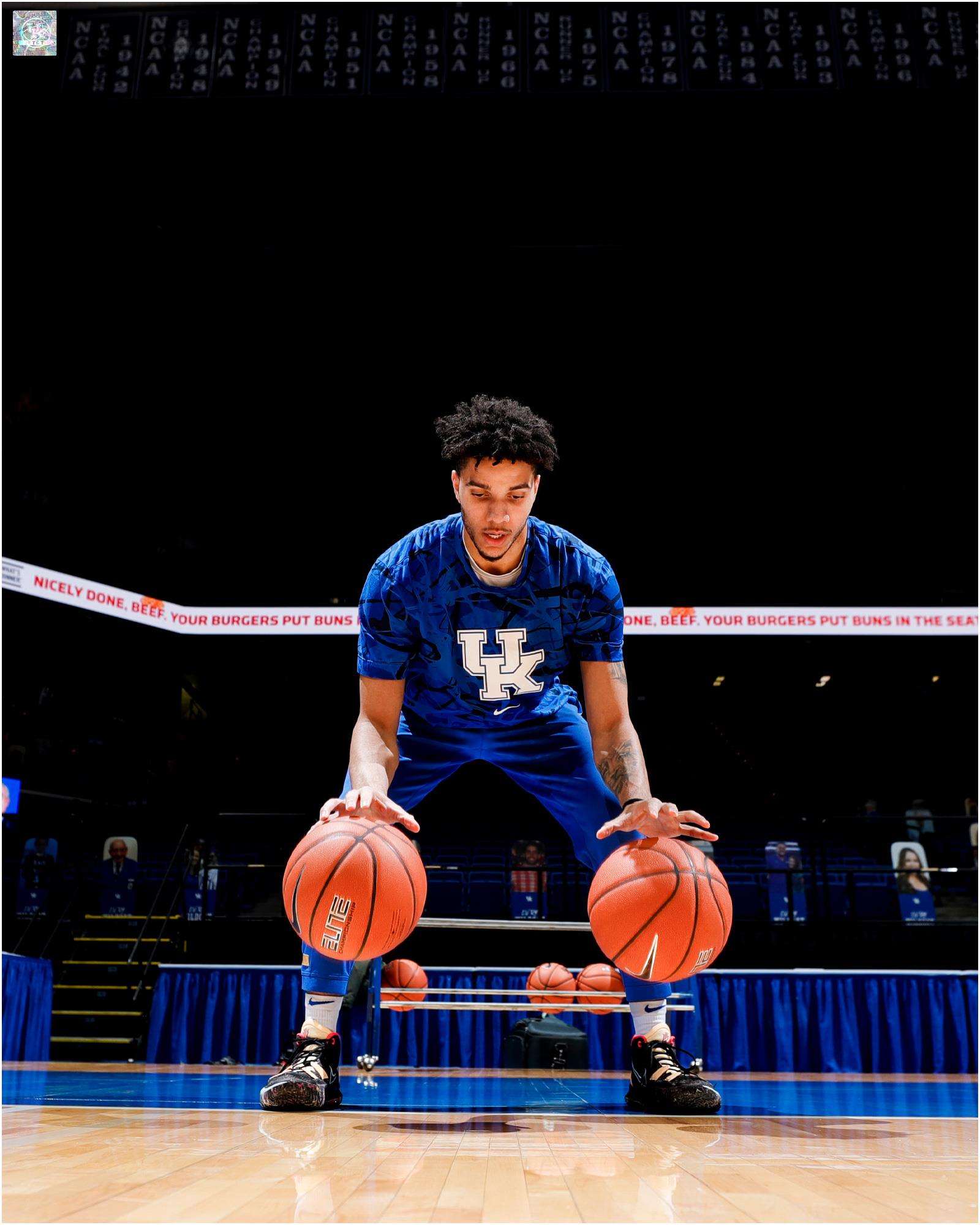 April Allen Thomas found herself in the bleachers at Bellevue High School watching her son, Tredyn Thomas, play the first game of his senior season for the PCHS Wildcats but her attention was also in Lexington and Augusta at the same time. Her son, Dontaie Allen, was playing his second game with an expanded role as the UK Wildcats took on Vanderbilt, and daughter, Saniah Thomas, was part of the PCHS Ladycats taking on Augusta.
It would be a good night for her, her family and Pendleton County fans as they saw UK beat Vanderbilt 73-70 after a three-pointer from Davion Mintx in the waning moments of the game, the Ladycats dismantled Augusta 64-31 and the Wildcats ran away from Bellevue 61-48.
In Lexington, Allen came off the bench to score 14 points, 10 in the second half, as the Cats placed four players in double digits. After a season of fans clamoring for Allen to get more minutes, he played just three seconds under 32 minutes which was the second most on the team behind Mintz.
While Allen’s three pointers did not fall in the first half, he hit a pair in the second half and finished 2-5 for the game. He also was perfect from the free throw line that was aided by a Vandy lane violation after he had missed one. But he connected on the extra try he received.
His last two free throws at 1:17 broke a 72-72 tie. Vandy’s Scotty Pippen Jr. hit two free throws to tie it back up at 74 setting up Mintz’s game winning three pointer. Vandy would have two good looks to send the game into overtime with the last one bouncing all over the rim before somehow trickling off.
The SEC Freshmen of the Week also grabbed five rebounds.
“I want everybody out there to know, look, what he’s doing for us, we can’t replace it. So I got to figure out how I get him better on defense or more comfortable,” Cal said about his red-shirt freshmen.
“Dontaie Allen broke down a ton today defensively. He made baskets and free throws when we needed it, but he may have given up as many as he scored,” he added.

A team that was, at times both, unwatchable and unlikeable is changing their image as they stand 3-6 for the season and 2-0 in SEC play and in 2021.
He talked more in detail about the defensive breakdowns in the post game press conference when questioned about Allen’s defensive breakdowns.
“I’ll give you an example: If your man was getting screened, he didn’t have the ball, we’re chasing that. He went inside and his man made a three. If your man was getting a dribble handoff..... We were not going over that. We were going under that. He went over that. If your man was going through the lane to the weak side, you were to stop with both feet in the lane on the other side of the basket to where you left. Not, well he went out there twice, outside the lane, and wasn’t ready to switch to a guy that he needed to switch to because he wasn’t where he was supposed to be. And again, we spent two days on it. But he wasn’t the only one. Isaiah (Jackson) did it, Davion (Mintz) did it a couple times. But he had some breakdowns.”
Cal added that he needed to get the seven or eight breakdowns to four and “Just keep making shots, kid.”
Those shots were appreciated by Olivier Sarr who led the Wildcats with 24 points in his best offensive game of the season.
“He opens the court for everybody. Whether it is driving lanes or in the post with the bigs, it changes the game. It makes winning easier. He wants to do what is best for the team, which is shooting 3s. He still must find a way to get his 3s off,” said Sarr.
Behind his 37 points in the last two games, Allen has raised his scoring average to 7.3 while shooting 50 percent (11-22) from behind the arc. His 83% percent from the charity stripe leads the team.
Early on their offensive struggles were a result of massive amounts of turnovers.  Against Vanderbilt, the team committed only two turnovers.
According to Cory Price of UK Athletics PR & Communications, over the past two games, Allen has played 64 minutes with only one turnover.
“We only had two turnovers, which is crazy. We had none at halftime. You’re talking about a team that led the nation in unforced turnovers. So, you could tell what the last two weeks, three weeks all I’ve been working on, making the easiest play, not trying to be a hero. If a guy’s right in front of you, you throw it to him,” said Coach Cal.
While many fans bristled at lack of hustle and hard, tough play early in the season, the Vandy game was filled with players diving on the court for loose balls, battling for rebounds and playing hard throughout the game.
“I told them, whoever fights, I’m leaving in the game. I need fighters. Just like we did at Mississippi State. I need fighters,” he added.
Saturday, Pendleton County fans will have a chance to watch three more potential victories. UK travels to Florida for a 5 p.m. tip-off which will be televised on ESPN. The Wildcats play at Bath County at 3:30 p.m. while the Ladycats kickoff the day hosting Covington Latin at 1 p.m. at PCHS.