Made for students, but Sharp is a trail for everyone 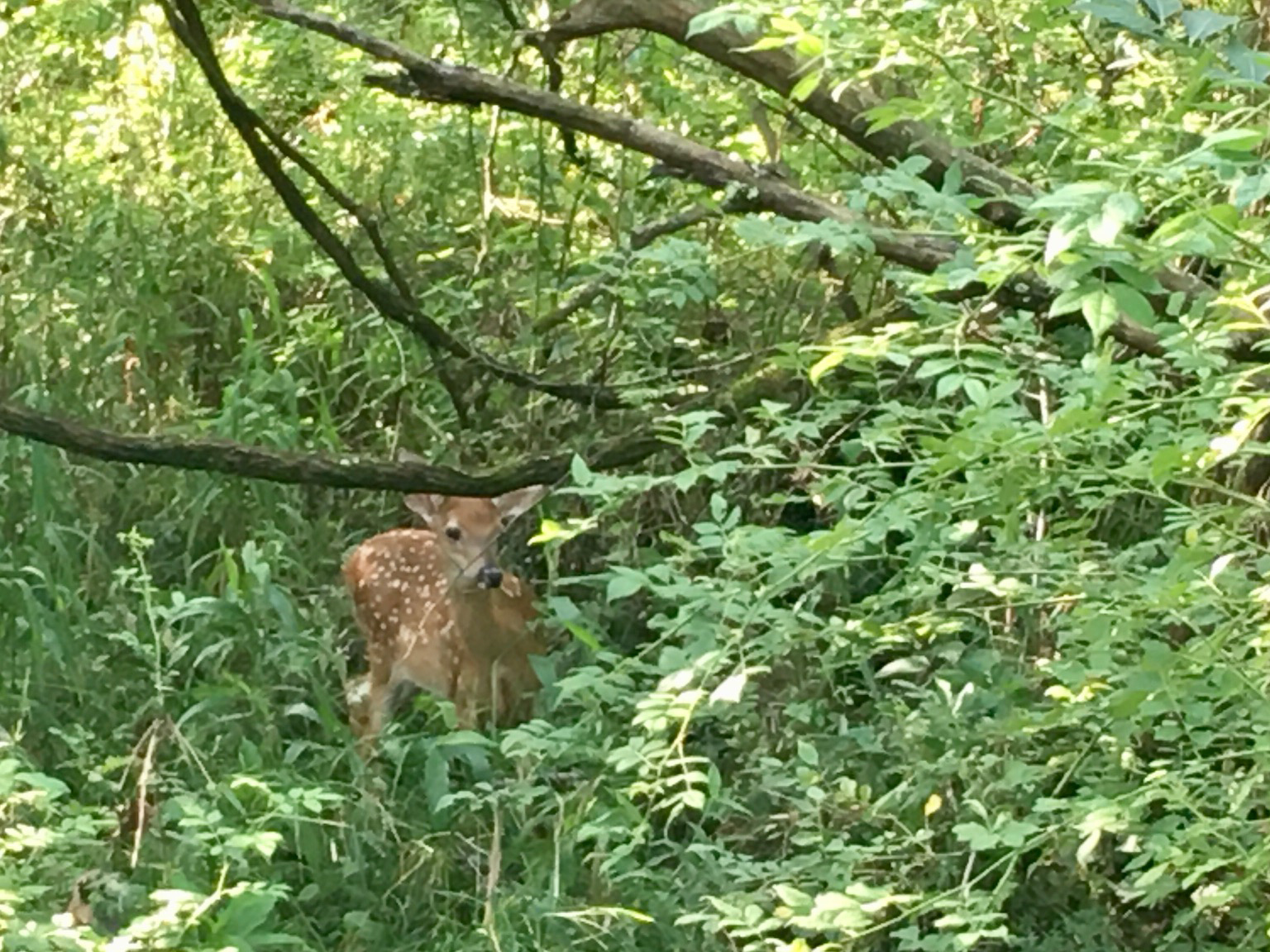 When Philip Sharp Middle School was still nearly brand new, some of the faculty thought it might be nice to have a trail that could be used as an outdoor classroom, of sorts. And when the teachers of Pendleton County asked, the people and businesses of the county rallied to answer.  No fewer  than 30 businesses, families and individuals contributed to the building of this trail, donating money, supplies, and work hours. Even the land the trail was built on was donated by the late Mr. Bill Simon. The teachers designed signage for the trail that provides ecological information—woodland and wetland life, tree characteristics and identification and other biological information. The trail was made ready for use in 2000.
Once the trail was completed, the students got their chance to make their own marks on it. Some classes were given a portion of the forest surrounding the trail to do what they wanted.
Barth Johnson, who was instrumental in the creation of the trail, found himself surprised and impressed by what the students chose to create there. “I thought it would be all benches and maybe a few new signs, stuff that you expect to see on a trail. But they got really creative.”
While the first group did place a bench in a small clearing near the trailhead, the groups that followed really thought outside the box. One group created what looks like a model of an ancient step pyramid and stone-carved face that can found in Mexico where the Mayans and Olmecs once built their civilizations. Another group chose to replicate the Great Pyramid of Egypt, complete with sphinx. Still another group chose to build a giant cement shoe, and did so in great detail. The trail has a great deal of character, and these things serve to make it quite unique.
The trail is about a mile round trip, and it is completely flat, making it a great trail for anyone but especially those who are not looking for anything too long or steep. It runs through the woods away from the school, makes a loop at the end and then runs back to the trailhead. There are several picnic tables along the trail, some by themselves and some in groups large enough that teachers could have their entire class seated there.

The trail has wooden bridges that span each of the three creeks it crosses. A boardwalk leads to a deck overlooking a small pond so full of frogs and their young that the surface of the algae-covered water is in constant motion.
The frogs and turtles that reside in the pond aren’t the only wildlife you’ll find on the trail:  many song birds reside here, deer are plentiful, turkey, fox, mink...If it thrives in this area, it can be found in the valley this trail winds through.
The path itself is grassy, but the base of it is gravel, so even after heavy rains, this trail is not typically muddy. The length of the trail is mostly shaded apart from a clearing that was once a butterfly garden. While it has not been tended for several years, there are still some beautiful flowers that bloom there. There is a large variety of trees in the forest, ranging from massive oaks and maples to stands of spindly pawpaw trees and everything in between.
The trail at Philip Sharp Middle School is yet another excellent trail in Pendleton County. The trail is just to the right of the school. It can be accessed by walking back the gravel lane that branches off of the bus loop in front of the school, which will lead you to the trailhead at the edge of the woods. It is open year-round during daylight hours.