Businesses Beg the Supreme Court to Restrain the Governor 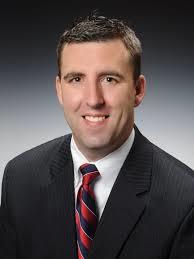 "Thousands are expected to gather outside of the Kentucky State Capitol on Thursday, September 17 in support of  Florence Speedway, Beans Café and Bakery, and Little Links Learning, as well as the Kentucky Attorney General supporting these and other Kentucky businesses, as they beg the Kentucky Supreme Court to constrain the over reach of Kentucky Governor, Andy Beshear. These businesses, and many others, have been devastated by the
governor’s Covid-19 mandates.

Attorney Chris Wiest, of Northern Kentucky initially filed the lawsuit on behalf of these small businesses, with co-counsel Thomas Bruns and Robert Winter. He is now joined by several other attorneys, including, Kentucky Attorney General, Daniel Cameron, in this fight to save small businesses in Kentucky.

There is no denying the impact of Covid-19 has been felt across the United States, but in states, like Kentucky, the impact has been exacerbated by the unconstitutional actions of elected and non-elected officials who grabbed power and violated rights.

Our Government was designed with a system of checks and balances to insure the protection of our freedoms. Any time an elected officials steps outside of the parameters of the boundaries set by a state or federal Constitution We The People risk the loss of our freedoms to government over-reach.

Benjamin Franklin reminds us in the proceedings of the House of Representatives in Philadelphia in 1756, “Those who would give up essential Liberty, to purchase a little temporary Safety, deserve neither Liberty nor Safety.”

The two are not mutually exclusive. We can have both security and the balance of power, as the Founding Fathers designed our country to run.

The Supreme Court will now do what it was designed to do standing in the breech between the people and the government to determine if liberty or tyranny will rule.