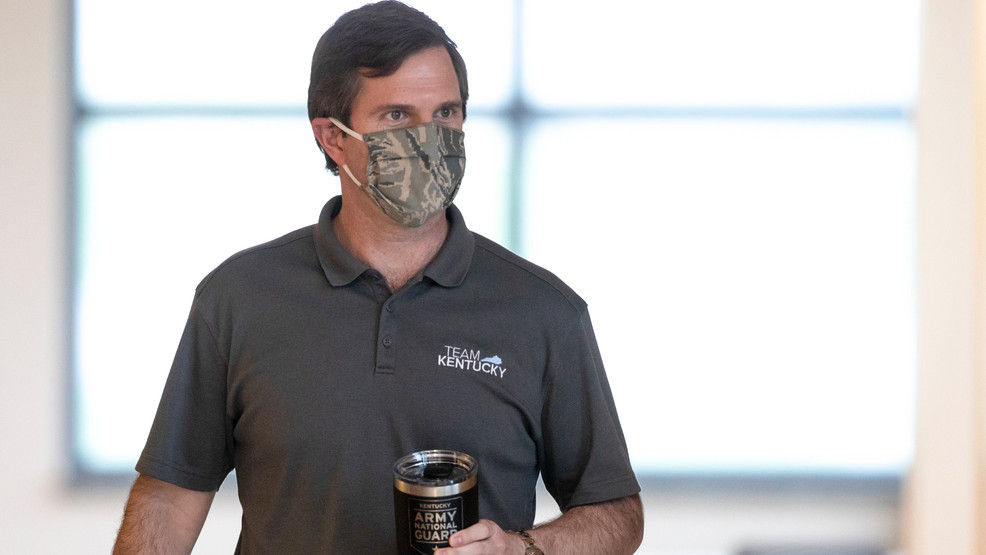 Kentucky Governor Andy Beshear announced at the end of his press conference on Thursday, July 9 that he is signing an executive order to mandate face masks to be worn in public places as of 5 p.m. The mandate is for 30 days and he will evaluate the executive order at that time.

"We have a deadly and dangerous virus," Beshear said before announcing the executive order.

It means means all customers in retail facilities, grocery stores, anywhere indoors where people cannot stay six feet apart from each other must wear a mask.

"We're starting this early enough to where we have a real shot. Those that are out there that are nervous, they should be. But until they start seeing everyone wearing masks, following the rules and doing what it takes," said Gov. Beshear.

Falmouth Chief of Police Shannon Clem said in a text Thursday night to Falmouth Outlook, "We will not be enforcing this. Apparently, he is having the local health departments throughout the state to enforce this mandate."

The actions stand in defiance to a Scott County judge's temporary restraining order to stop Beshear against the enforcement of the Governor’s executive orders.. It was based on a lawsuit brought by the Kentucky Department of Agriculture and Evans Orchard.

Beshear noted the lawsuit in his press conference and that they had already appealed the decision. He added that it won't stop him from doing what's right.

"It's no longer voluntary. It's now mandatory and I don't care what kind of backlash I take," Beshear said.

He mentioned a Goldman Sachs study that should the positive financial impact that mask wearing can have on an economy. By extrapolating their data, Beshear claimed it would mean $10.4 billion to the Kentucky economy.

Beshear shared that latest data indicates that wearing a mask decreases the risk of the wearer from the virus by 65 percent.

This story is ongoing and updates will follow. Most local government and law enforcement agencies are waiting on more information from the Governor's office before making a comment on the enforcement locally of the face mask order.