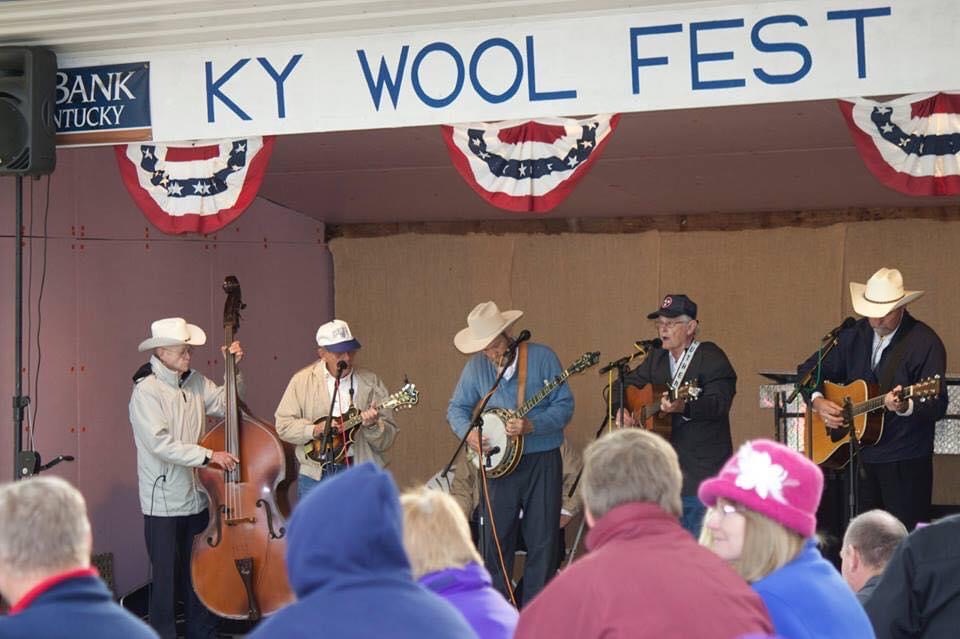 A resigned Wool Fest committee made the only choice that realistically stood in front of them and voted unanimously to cancel the 2020 Wool Fest.

The group had met in June and faced the choices in front of them but wanted 30 days to investigate and see how things went. They met again on Monday, July 13 to assess where they stood.

Wool Fest President Steve Thomas said he did investigate but did not have positive things to report back to the committee.

"Thirty days ago, I was all for pushing forward that we were going to have it and those that said we would have to cancel were negative Nancies. Now, I have completely changed my mind on it," he told the assembled group at the Wool Fest grounds that will be vacant the first weekend of October.

Thomas read to the group, the issues facing a venue or festival the size of the Kentucky Wool Festival.

A big one was that they would have to get the names of every person attending the festival and if that person was to contract Covid-19, the Wool Fest committee would be responsible for doing the contact tracing. With a possible 30,000 in attendance, that potentially is an impractical task for them. Even with a venue guideline limiting their crowd to 50 percent of capacity, contact tracing for crowds in the thousands is still not a realistic option.

The venue guidelines would call for minimum use of the waiting areas (shuttles), tickets to be sold online or plexiglass shielding built at the ticket booths and six feet of spacing between vendors in the craft booths.

On the latter, Thomas said, "We cannot put any more tents in that area. We would have to cut vendors."

One other item that he informed the committee was if they moved forward it would be without insurance.

"There is no insurance against Covid. If they caught it here, they could sue," Thomas said as the writing on the wall sadly became apparent.

Randy Nordheim was the first committee member to speak and said what all had to be feeling, "We have a great reason to cancel it."

Dennis Moneyhon quickly made the motion for cancellation and Steve Taylor seconded as all the members present voted for the cancellation. Thomas indicated that a couple of members who could not be present, also, supported the cancellation as it seemed the committee simply had no other choice.

With the decisions and financial commitments that have to be made months in advance, now was the time that the committee had to act.

While the joy and memories created each fall will not be there this year, the committee already began to lay the foundation for an even better Wool Fest in 2021. They are planning to take advantage of this time to upgrading and maintaining the grounds.